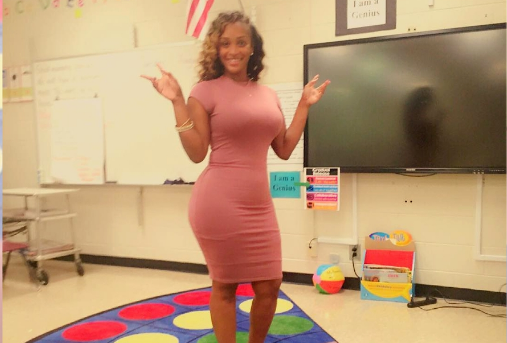 My social media timelines have been on fire with the news of Patrice Brown, also know as “#TeacherBae”. Patrice Brown is a paraprofessional in Atlanta whose photos went viral and caused a debate on whether or not her attire is appropriate for her field.

But, in actuality, the true statement should read: “Her body does not fall in line with Euro-centric body standards, therefore it is automatically sexual and wrong.”

Once again, we have stooped to spewing sexism and misogynoir in order to demonize a Black woman for her existence.

Many supporters, including myself, were worried that #TeacherBae would lose her job. We waited patiently for the school system to respond to the social media bonfire.

“The Atlanta Public Schools shared their employee dress code with 11Alive. It list sexamples of appropriate and inappropriate attire but leaves the determination of violations…

I am a Black woman who is contemplating my life and my place in a society that is for lack of a better term, fucked up. Currently resides in Chicago where I ear hustle conversations on public transportation and watch the antics of humanity with fascination. View more posts