The social media can be both a curse and a blessing. It is a blessing because you have the opportunity to read the viewpoints of millions of people and interact with others. However, it is also a curse because very often, you are also exposed to the ignorant arrogance of people. Especially when it comes to defining “Blackness” because some Black folks have declared themselves The Keepers of All Things Black and will attempt to “school” you about how you are not “Black” enough for their “tastes”.  Let me explain.

Every couple of months, a blog written by some random Black person will come out complaining about how Black women should not like Marilyn Monroe and should only pay attention to Lena Horne or Dorothy Dandridge.  Or how pissed off  some Black men are about Black women having a variety of hairstyles they can choose from and accuse them of wanting to be White because they happen to have weave in their hair. And don’t get me started on being a feminist. Some Black people, especially Black men and their merry band of mules have a real problem with a Black woman declaring herself a feminist because feminism is that White chick, bra burning shit and a Black woman is supposed to be down with the Black Movement. How dare she have an original thought in her head that was not placed in there by a Black man! 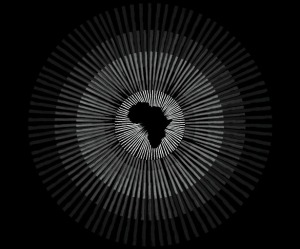 This ongoing war about “Blackness” is the silliest shit ever. As a Black woman, I happen to love Marilyn Monroe and have read several biographies and the one autobiography about her life. But I also love Lena and Dorothy and loving Marilyn does not make me any less “Black” than the next Black woman.  And in regards to hair, I have been woven, relaxed, and natural and currently, I am woven to the max with a glorious Chaka Khan look.  Underneath the weave is my crowning glory, a nappy, kinky forest of blackness but every now and then, I want a different look. And that’s my fucking business and does not have anything to do with me wanting to be a white woman. I mean what kind of asinine shit is that?  I could have a long flowing blond weave down to my ankles like Rapunzel complete with blue contacts and I will still be a black woman. Jeez.

And I can be both a Black woman and a feminist if I want to. What is the problem with women having choices in their everyday lives without criticism? That is what being a feminist means to me; I do not want to rule over men (too much work because in so many ways, they are just like children). I just want to be left alone without men trying to tell me something for my own good as if I was a wayward child without direction. I am not turning my back on the Black community by being a feminist; I am becoming a greater person by becoming a better woman through ownership of my agency. Ruling over my own autonomy.

I guess I will never be one of members of The Keepers of All Things Black club because I cannot dance and have no rhythm, I do not know how to French braid hair, and it took me almost ten years to learn how to fry chicken properly. I also have one of the most eclectic tastes in music ever known, loving all type of genres of music from R.E.M to Too Short. I also do not have the proverbial big booty and stood too long in the titty line so I guess I would not be considered “Black” enough for some folks although my brown skin, broad nose, full lips and hair of wool declare me a Black woman every time I look in the mirror. But see how silly this shit sounds? Black people come in a variety of shades and a variety of backgrounds so please open your mind and remember this: your Blackness is not everyone’s Blackness, so stay in your lane.

I am a Black woman who is contemplating my life and my place in a society that is for lack of a better term, fucked up. Currently resides in Chicago where I ear hustle conversations on public transportation and watch the antics of humanity with fascination. View all posts by thepottymouthgranny